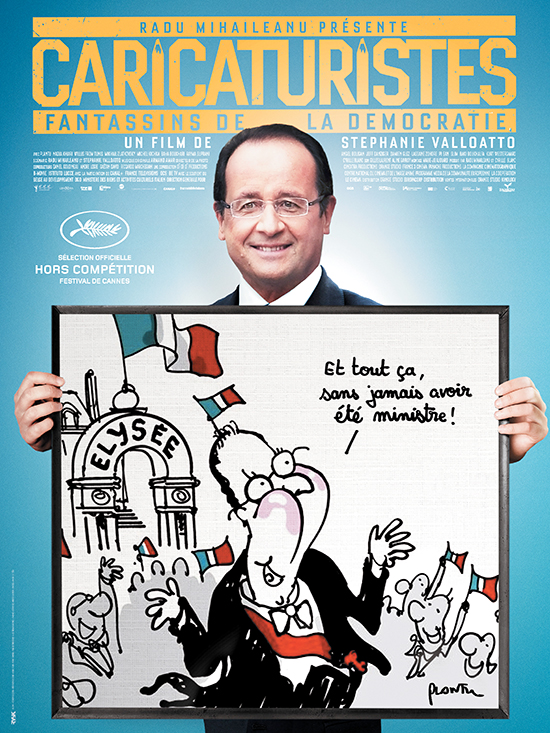 12 crazy, amazing, funny and tragic cartoonists from all around the world defend democracy at the risk of their lives and have fun with a pencil as only weapon. They are French, Tunisian, Russian, Mexican, American, Chinese, Algerian, Burkinabese, Ivorian, Venezuelan, Israelian and Palestinian.

Selected at the Cannes Film Festival Out of Competition, the film directed by Stephanie Valloatto, co-written and produced by Radu Mihaileanu, is shown on May, 19th at the Palais des Festivals. The 12 cartoonists, Plantu, Zlatkokvsky, Danziger, Boligan, Rayma, Willis from Tunis, Kichka, Slim, Boukhari, Glez, Zohoré et Pisan, are present for the famous red-carpeted steps.

The free preview of the film is shown on the 23rd of May at the Place de la République in Paris with the presence of the city Mayor, Anne Hidalgo. The prizes of the cartoons contest are awarded on the occasion. The best cartoons are displayed on the Berges de la Seine from May, 28th to June, 18th.

Cartoonists – Foot Soldiers of Democracy is released on the 28th of May, at the same time as the publication published by Actes Sud !

Trailer of the movie