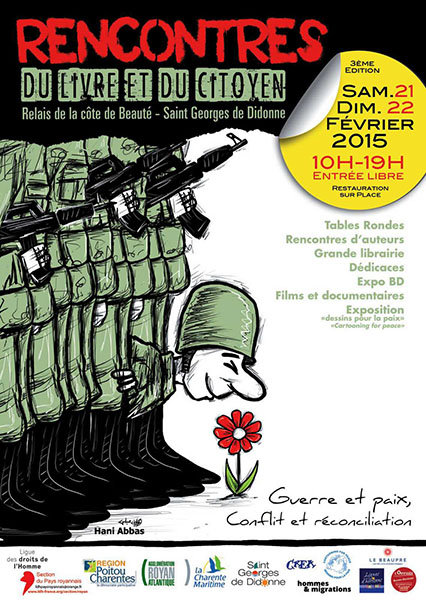 The exhibition “Cartooning for Peace” is on display from February 21 to March 6.

On February 21, a public screening of “Cartoonists – Foot Soldiers of Democracy” (directed by Stephanie Valloatto) takes place, as well as a roundtable debate titled “Humour as a weapon, caricature and editorial cartoons” with Hani Abbas (Syria), Aurel (France), Mana Neyestani (Iran) and Willis from Tunis (Tunisia).

“Derision, caricature and lampoons, through the power conveyed by a line or a sentence, have the capacity to underline excesses and lies, to denounce and question propaganda, to nurture citizens’ reflection and conscience…”

Take a look at the full program of the Rencontres du Livre et du Citoyen !