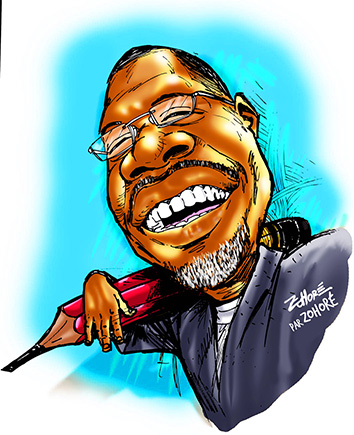 Beside his work as a cartoonist, Zohoré co-founded the journal Gbich! with Illary Simplice in 1999, of which he has been the publishing director since the beginning.

Author of various comic books such as Cauphy Gombo – No pitié in bizness ! as well as collections of cartoons such as Kotoubou, Le sida et autres affaires le concernant, Kimboo contre la drogue (in collaboration), he is also president of Tâche d’encre, the association of press cartoonists and comic strips of the Ivory coast, and of “Coco Bulles”, the International Festival of Press Cartoons and Comics in The Ivory coast. Since January 2021, he is the President of Press Publishers of the Ivory coast (GEPCI).