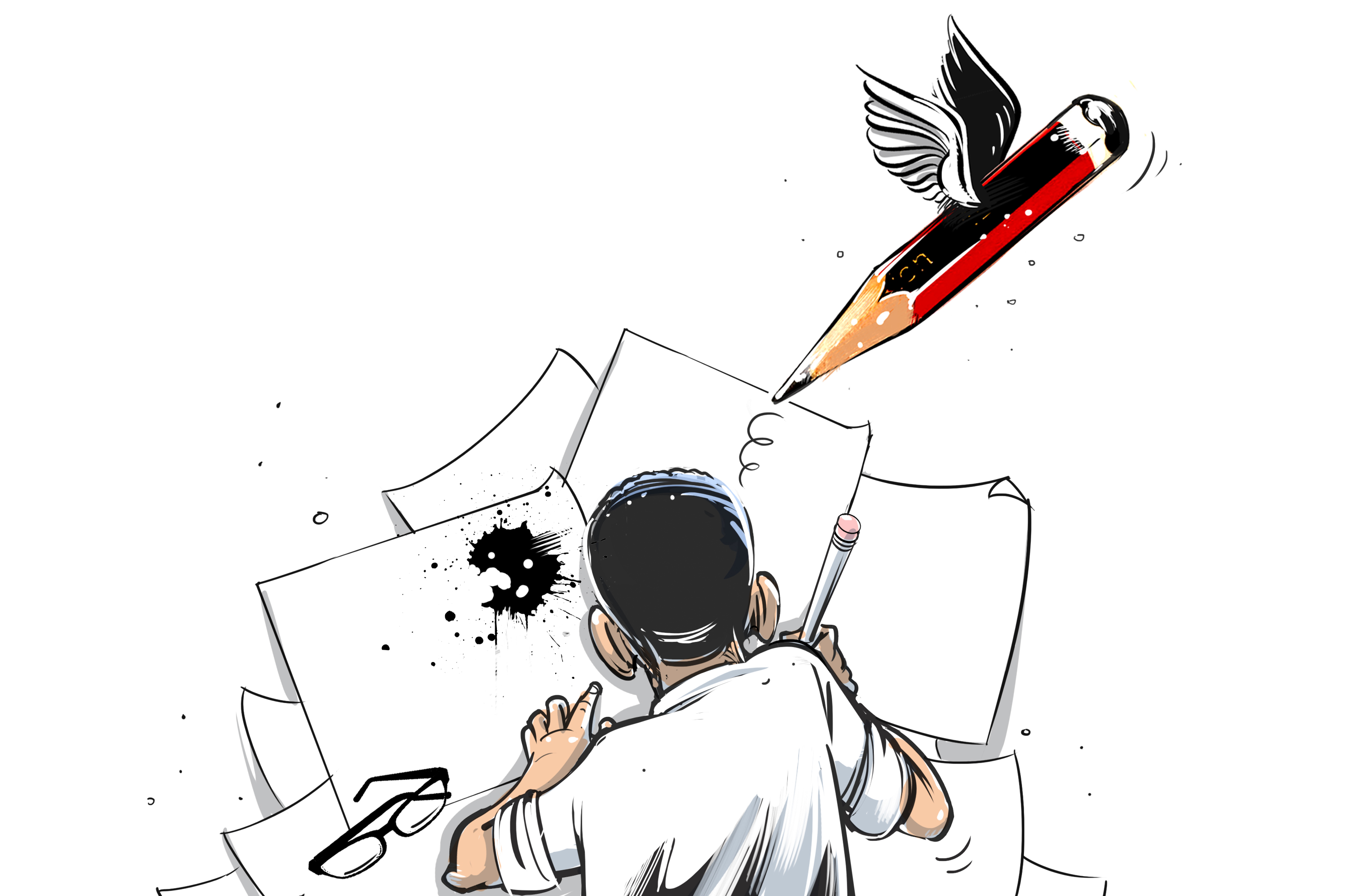 Victor Ndula is an editorial cartoonist who lives and works in Nairobi, Kenya. His work is published daily in The Star under the caption “Victor’s View”. Drawing cartoons for roughly a decade, Victor is a member of the global organization Cartoon Movement.

He has exhibited his work at cartooning festivals in Switzerland, France, Germany, Peru, Qatar, The Netherlands and at the London School of Economics (LSE). Among other awards, Victor has won the first prize of the United Nations/Ranan Lurie Political Cartoon contest.