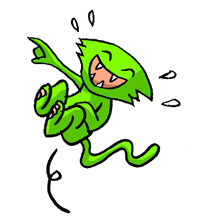 He has been a contributor to Le Vif/L’Express magazine since 1993 and to the daily newspaper L’Echo since 2008. His cartoons are regularly featured on Jean Quatremer’s blog “Behind the Scenes in Brussels”. He was vice-president of Cartooning for Peace between 2013 and 2017. In addition to being a comic book author, he has published several albums, the latest being Madame Ronchard’s first volume, released in the fall of 2019. He directed an animated short film “The gloomy aftermath of Brexit”, in 2016, written by Philippe Cayla, as well as ten animated films for the “Rock The Eurovote 2019” campaign, encouraging young people to vote in the European elections.

Radio and TV columnist, he regularly appears on France 24 during the programme “Une semaine dans le monde”, as an editorialist.