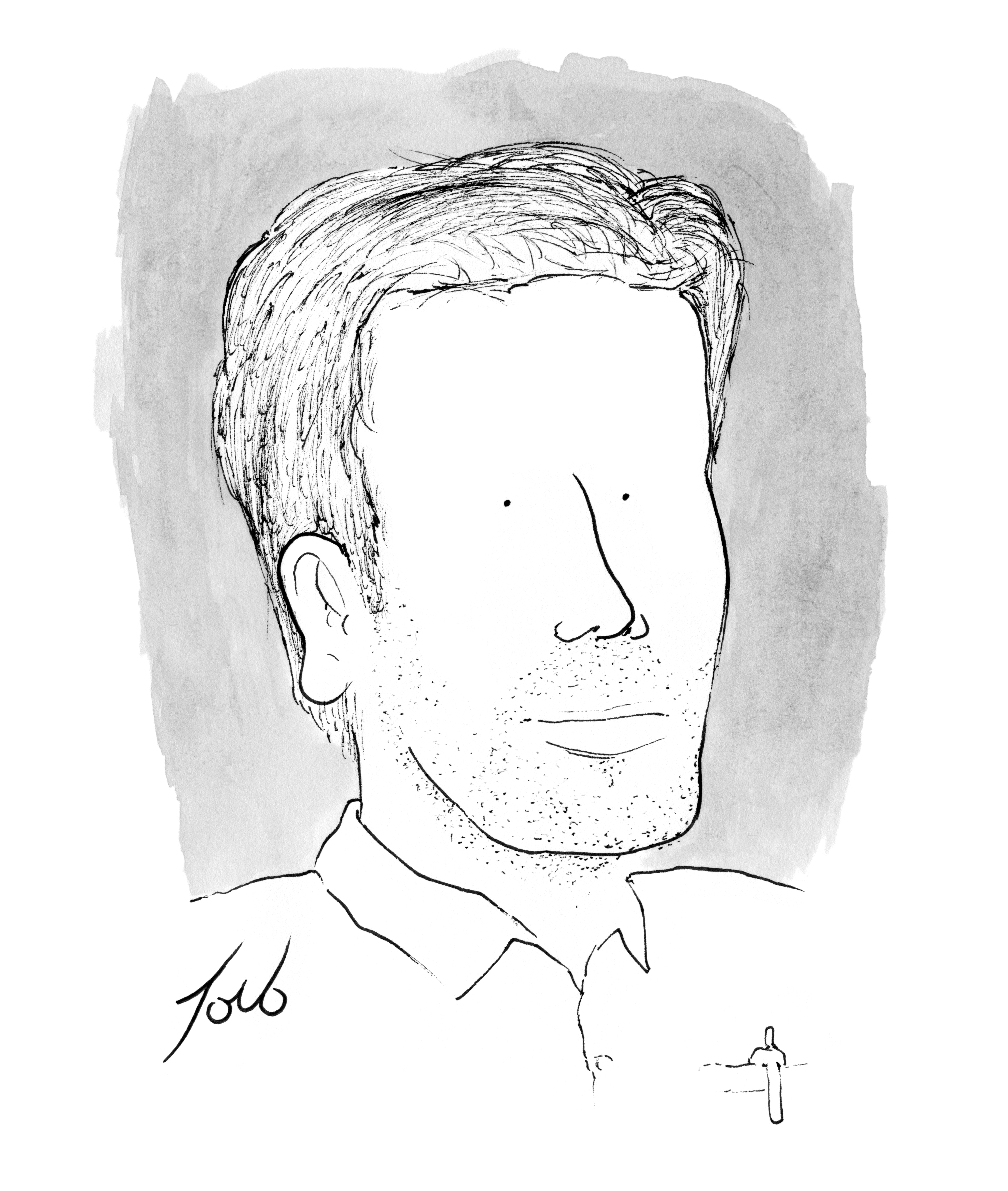 Tom Toro is an American freelance cartoonist and writer currently living in Kansas City. He was born and raised in the San Francisco Bay Area and went to college at Yale University. He drew cartoons for the Yale Herald and was elected Comics Editor in his senior year.

His work appears primarily in The New Yorker, where he published over 170 cartoons since 2010. His work has also appeared in The New York Times, Harvard Business Review, Narrative, American Bystander, Audubon, Litro (UK), Negative Capability Press and The Funny Times. He shot independent short and feature-length films that premiered at Sundance, Tribeca and Cannes, including an awarding-winning.