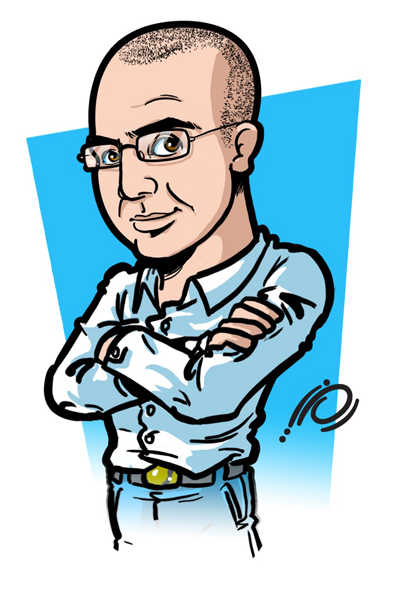 Ramzy (Ramzi A. Altaweel) was born in 1978 in Beirut, in the midst of the Lebanese civil war. After years of travel, leaving Lebanon for Syria, then Syria for Yemen and Yemen for Jordan, Ramzy finally came back to his father’s lands, in Palestine, just after the Oslo agreements in 1993.

Today, he lives in Ramallah, having worked for more than 10 years as a freelance journalist and cartoonist. He also worked at the Palestinian Presidency office as media officer for 5 years and he is the head of the political studies department of the Presidency since 2013.

Beside his job, he works as cartoonist, Illustrator, kids book author and book publisher.

His passion for cartoons started in 2002, when he was trying to amuse his first love at university. That was when he created the cartoon character Fashcool, a Palestinian college young man who is trying his best to love and live a normal life in the West Bank.