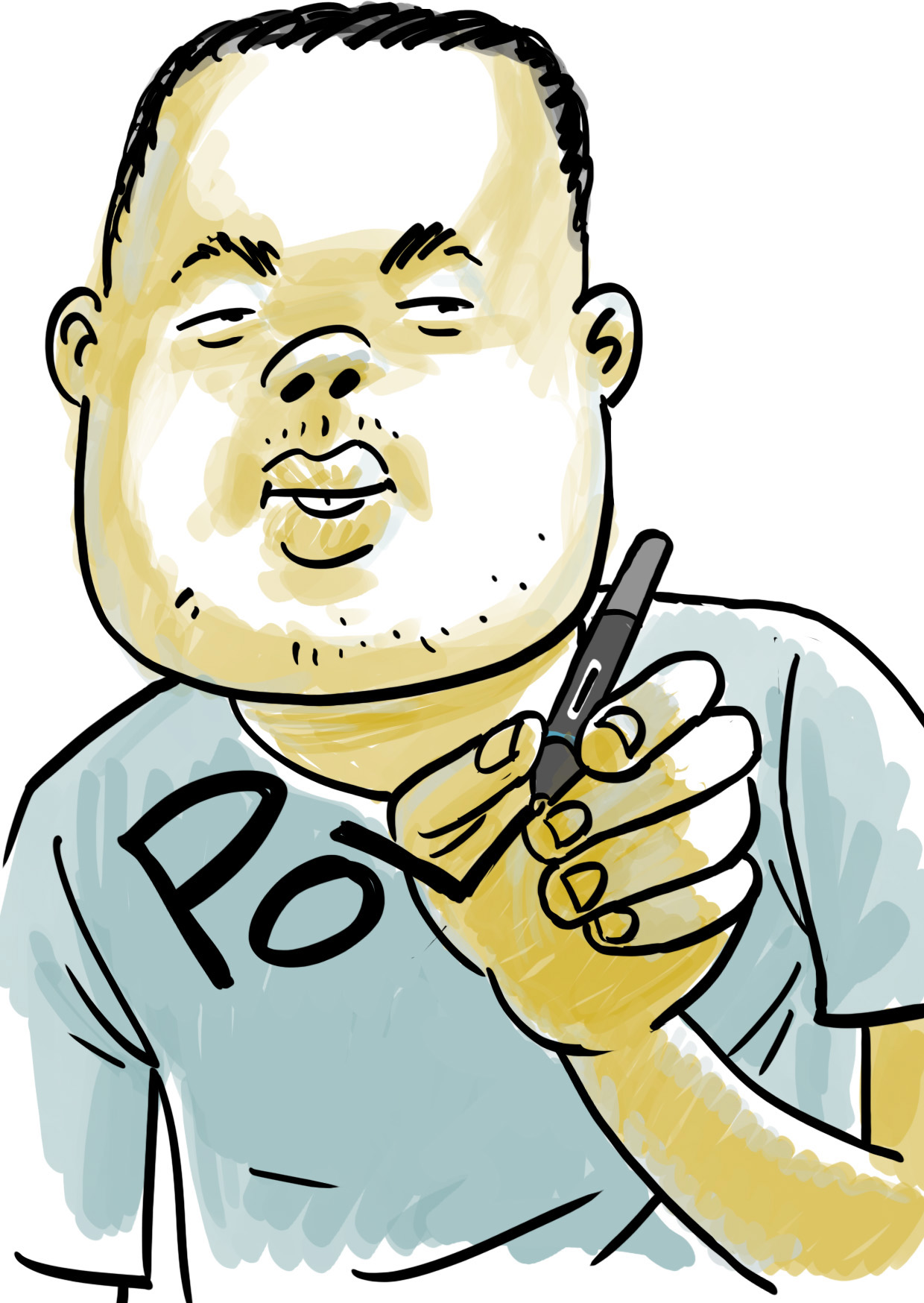 William Rasoanaivo known as “Pov” is Malagasy, but studied journalism in Berlin. He started drawing press cartoons in 1997 in Madagascar, in the daily Midi Madagasikara, where he remains a journalist to this day in charge of editorial cartoons for the Culture and Society columns. Since 2006, he has also produced the editorial cartoons for two Mauritian newspapers: the daily L’Express and the weekly L’Express Dimanche. Pov has already received several awards including the RWB Prize – Reporters Without Borders (France) press cartoon category in 2003 and the Prix francophone de la liberté de la presse in 2010.