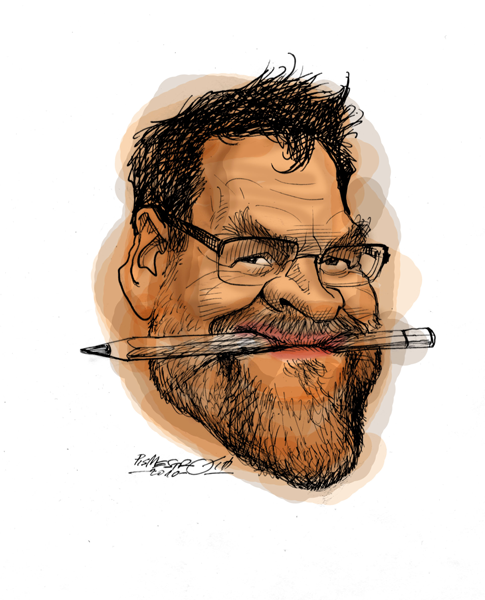 Petar Pismestrovic was born in Sremska Mitrovica, former Yugoslavia in 1951. After his studies in political science in Zagreb, he started working as professional cartoonist in 1970.

Apart from his work for 60 newspapers and magazines such as Nebelspalter (Switzerland), Courrier international (France), The New York Times (USA), International Herald Tribune (France), Cicero (Germany), Le Monde and many more, he has organized more than 40 exhibitions of his own works in former Yugoslavia and Austria. He has won five first prizes in international festivals.

Pismestrovic has worked for the newspaper Kleine Zeitung since 1992 and he is Austrian citizen since 1996.

He is also one of the founding members of the Croatian Cartoonists Association (HDK).