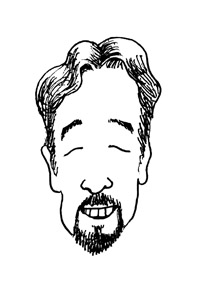 From 1977 to 1997, he spent ten years in France where he was director of short films; he especially realised movies for Unesco campaign. He finally returned to Japan, where he became a cartoonist.  Since 1988, he has published a weekly cartoon in AERA (Japanese weekly magazine).

No-río has won several awards including in 1991 the “Bunshun Manga Sho”, the most prestigious prize for drawing in Japan. He also travels two months a year around the world to promote tolerance and peace through his cartoons.