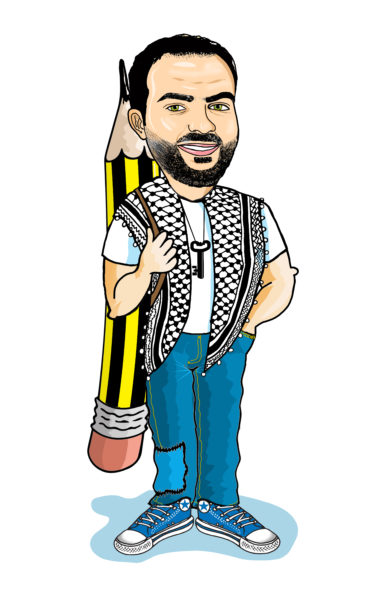 Osama Nazzal is a Palestinian cartoonist and visual artist. He became a cartoonist thanks to the inspiration he found in the work of Naji al Ali and Baha Boukhari. He published his first cartoon in 2004 in the new newspaper Al Mubadars.

Nazzal is a member of the Palestinian Society of Visual Arts and the Cartoon Movement platform. In 2014, he received the Anti-Corruption Award from Palestinian President Mahmoud Abbas.