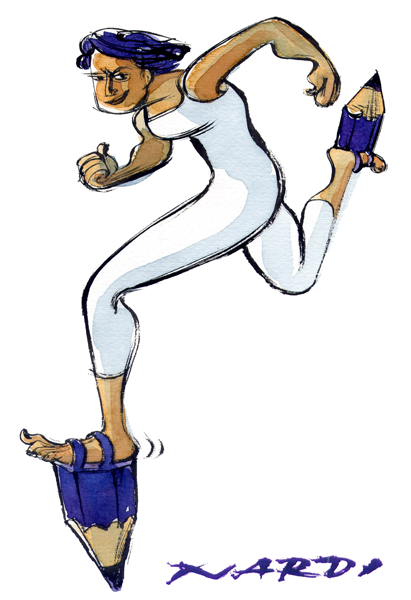 Professor of illustration at the Academy of Fine Arts in Venice, Nardi has drawn for Diario, Corriere della Sera, Il Misfatto, L’Antitempo and many others.

She collaborated for Il Fatto Quotidiano, from its publication until 2018.

She is currently drawing for Left, Il fiore del partigiano, Espoir and Zelium, and online for DosBufones and CartoonMovement. In 2019 she participated in the (unfortunately brief) editorial adventure of SinéMadame.

Among the most important awards, Nardi received the First Prize at the World Press Freedom Cartoon in Ottawa in 2011 and the Prix Forte dei Marmi per la Satira politica for Satirical Drawing in 2013.

In 2018, she received the highest distinction at the World Press Cartoon in Caldas da Raínha (Portugal): the Grand Prix and at the same time the First Prize in the Editorial Cartoon category. This is the first time a woman has won this award in the 13 editions of the festival.