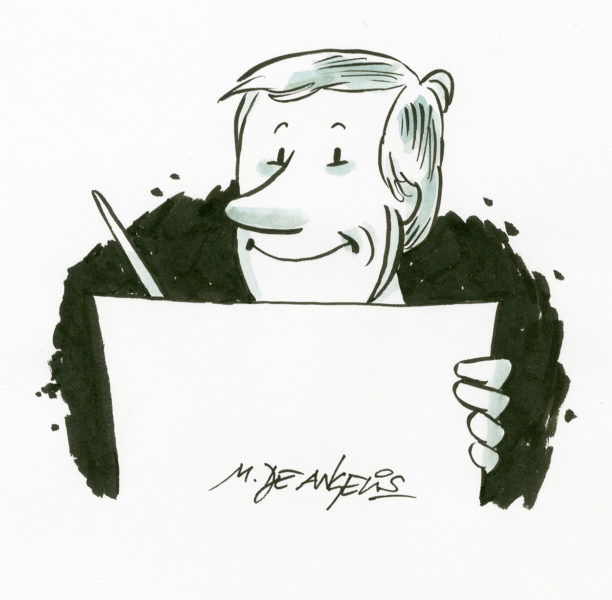 Marco De Angelis is an Italian professional journalist, editorial cartoonist, illustrator of many children’s books and graphic designer. He was born in Rome in 1955 and published on 200 newspapers in Italy and abroad from 1975: for many years he was also journalist and cartoonist for the dailies La Repubblica, Il Popolo and Il Messaggero.

He is editor in chief of the magazine online Buduàr. CartoonArts International and The New York Times Syndicate distributed his works worldwide. He is also part of Cartoon Movement and collaborated with a great number of publishers, associations, companies and televisions.