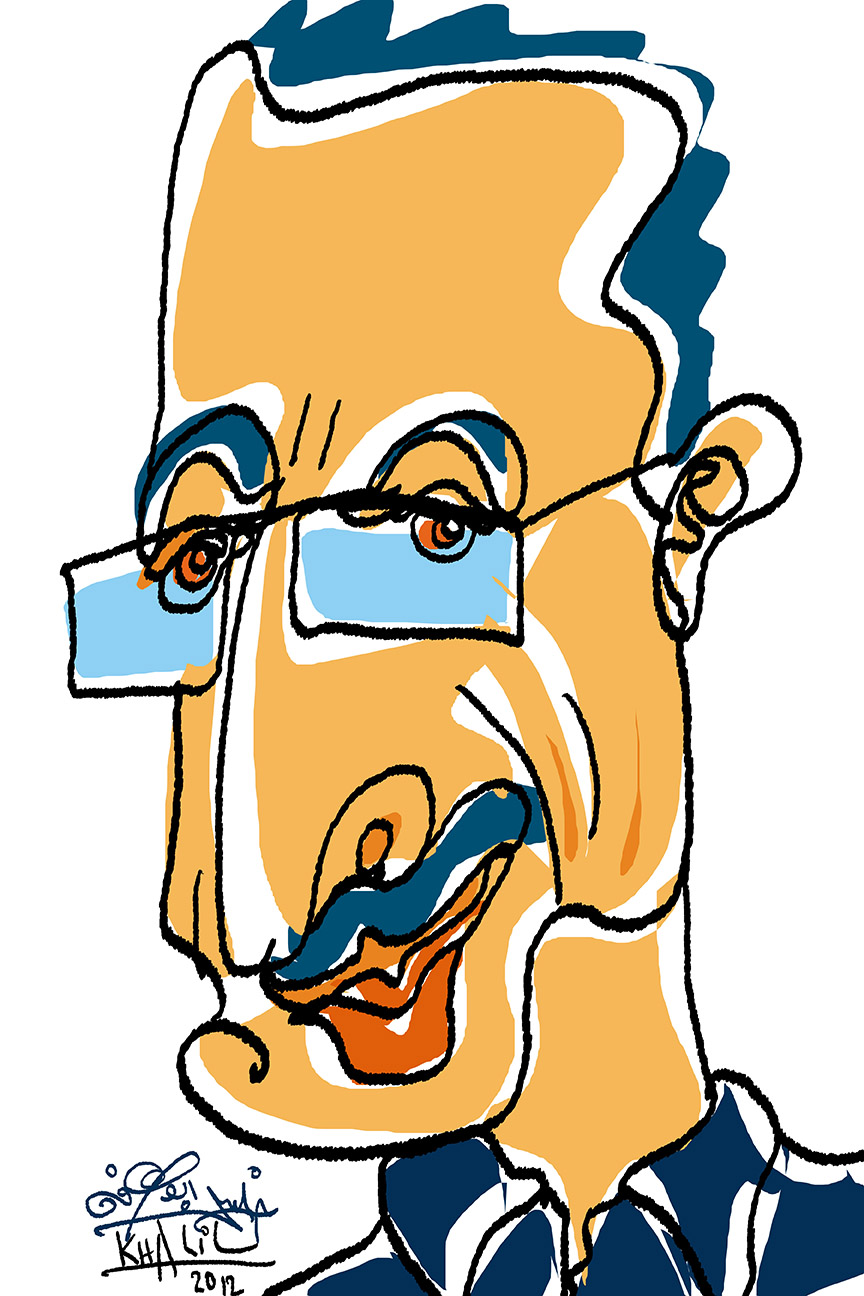 Khalil Abu Arafeh is a Palestinian cartoonist, in favour of peaceful resistance. He was born in Jerusalem in 1957.

He studied architecture in Kiev (Ukraine) and he currently pursues a double career of architect and designer. His editorial cartoons are published in the daily newspaper Al Quds (based in East Jerusalem) since 1994.

Khalil is also a writer and he published several illustrated books for children. He was also the first head writer of the Palestinian version of the TV show “Sesame Street”. In 1996, Khalil received the Ghassan Kanafani Award for excellence as a cartoonist.

Both the Palestinian Hamas and the Israeli government are not pleased with his political activism which led him to spend a total of fourteen months in Israeli prisons between 1986 and 1992.