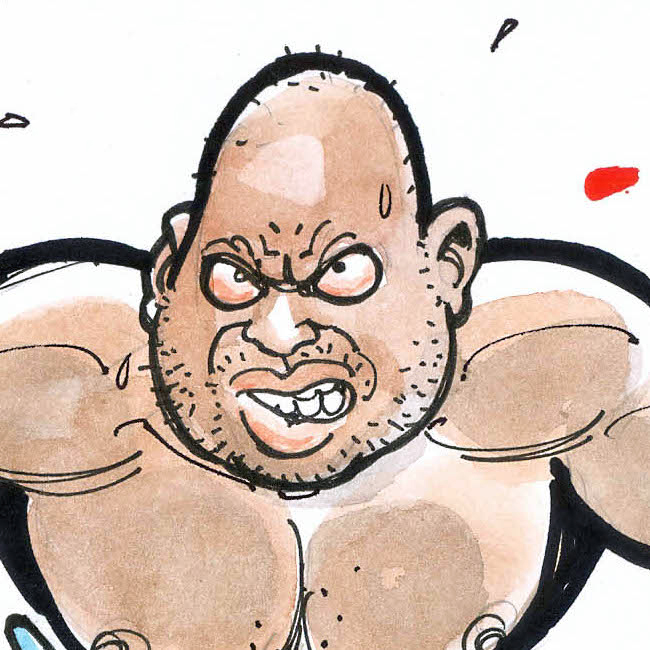 Congolese Illustrator and comic strip caricaturist, Kash began as a graphic designer in the advertising industry. In 1990 he started as a cartoonist for the publications Le Phare, Zaire Magazine and Renaître and in comic strips. Kash joined the ACRIA (Art creation, research and initiation workshop) and became its Chairman. Apart from his numerous albums, he now produces cartoons for the daily Le Potentiel in Kinshasa, Tala Tala in Brazzaville, Jeune Afrique in Paris and Pendro in London.