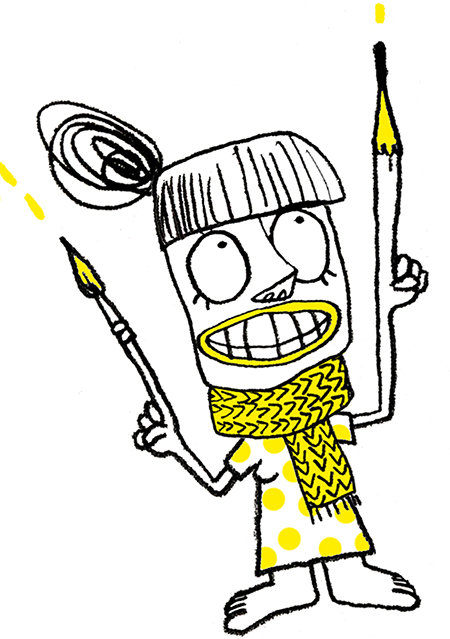 Kamilla Wichmann, Danish illustrator and cartoonist, was born in 1975. She has worked eight years for the Danish newspaper Berlingske, while illustrating a large variety of books for children, posters and school books. Kamilla is also a successful self-publisher, specialized in books for infants.

A front page of Berlingske, featuring one of Kamilla’s drawings of Barack Obama. won an award for ‘Best Front Page’ in the European Newspaper Award 2013.

For her illustrations she was awarded the GOLDEN APPLE BIB 2007 in Bratislava and an ENCOURAGEMENT PRIZE 2013 on Nami Island International Illustration Contest in South Korea.