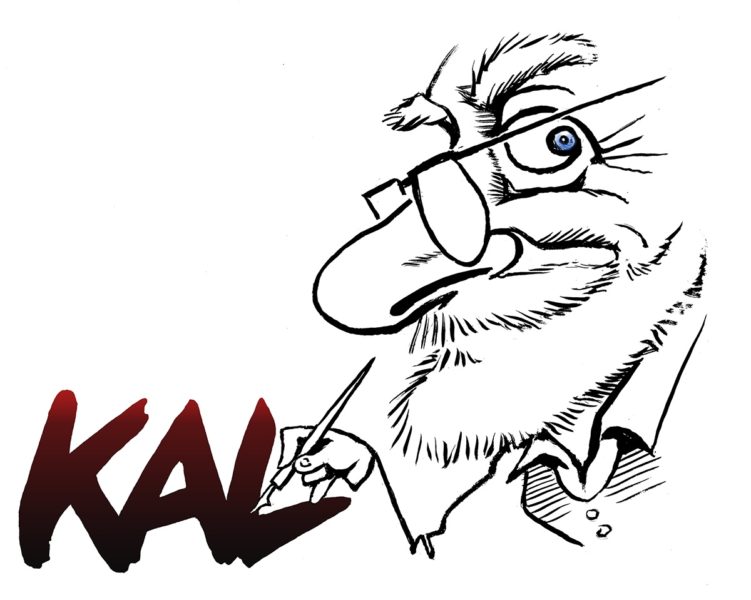 Kevin Kallaugher (Kal) is an American cartoonist who has published more than 8,000 cartoons and covered more than 140 magazines. He contributed to The Economist of London (since 1978) and The Baltimore Sun (since 1988). Kal worked for 10 years in London as a cartoonist for publications such as The Observer, The Sunday Telegraph, Today and The Mail on Sunday. He has received numerous awards, including the Berryman Prize from the National Press Foundation (2002 and 2018) and the Grand Prize for Cartoon of the Year in Europe from Press Cartoon Europe (2014). He was also a finalist for the Pulitzer Prize in 2015 (press cartoon category).