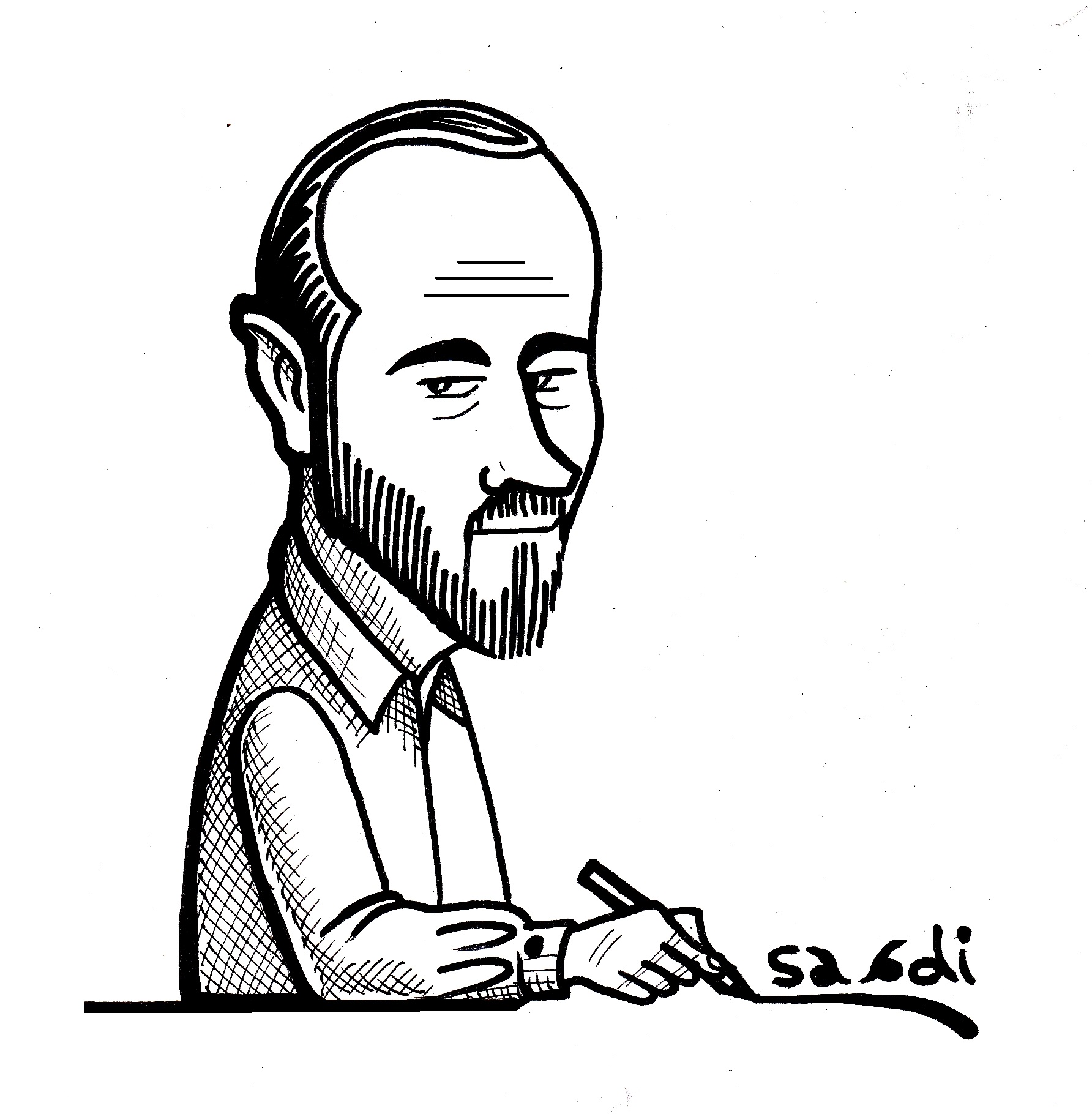 Hossam Al Saadi is a Syrian cartoonist born in 1978. He discovered caricature when he was 13 and at the age of 16 he won the first price of a competition organised by his school in Al Suweida. However, his dissident style brought the Syrian intelligence service’s attention, which told him to stop everything around cartoons.

In March 2011, when the Syrian revolution started, Hossan Al Saadi joined the opponent’s side against the government. Fearing for his life, he went to Lebanon where he resumed drawing again after eight-teen years. After six months in Lebanon he went to Jordan where he joined the National Coalition of Syrian Revolution and Opposition Forces. Then, he went to Istanbul with three other artists where they painted a 440m2 painting showing the names of the 12 490 children killed since the beginning of the revolution. He was invited in 2014 for an exhibition at the European Parliament for the universal children’s day. He is recognised as a political refugee since 2016.