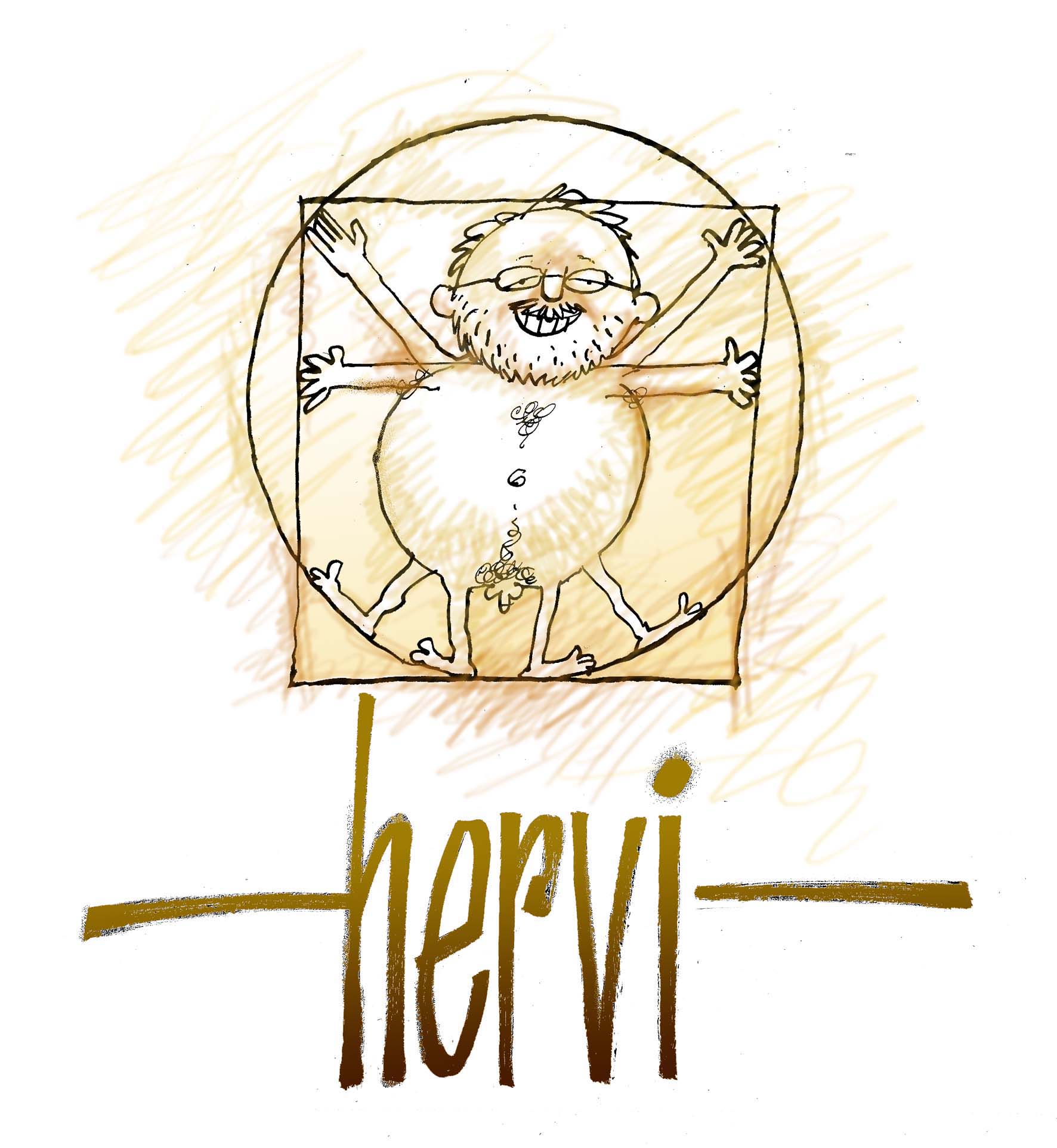 Born in Santiago de Chile on November 28, 1943, Hervi studied art at the Escuela Experimental Artística y Arquitectura of the University of Chile. He has worked as a graphic humorist in newspapers and magazines in Chile and abroad, and has participated in international symposiums on graphic humor and freedom of the press.

Founder of the humor magazines La Chiva, La Firme, El Humanoide, Benjamin, among others, he has exhibited in Spain, Germany, Sweden, USA, Mexico, Costa Rica and Argentina and has published several books.

Currently and for twenty years, he publishes in the Chilean newspaper La Tercera.