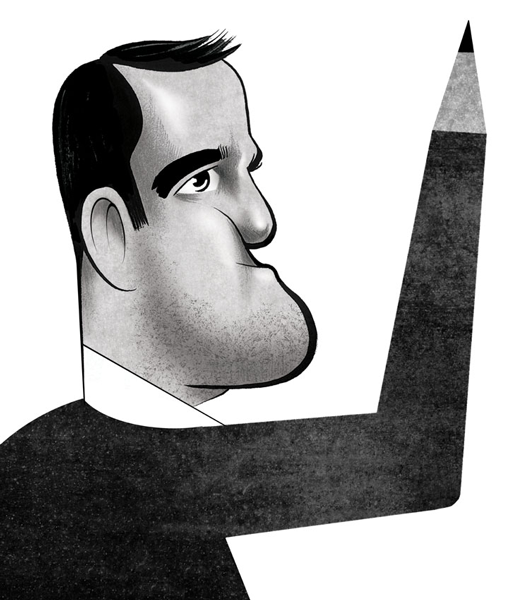 Vasco Gargalo is a Portuguese cartoonist, born in 1977 in Vila Franca de Xira. Being a freelance press cartoonist and illustrator, his work has been published in several national and international media – some of his best illustrations can be seen in newspapers and magazines such as Sabado Magazine, Newspaper I, Daily News, Courrier international, Groene Asterdammer Magazine and Spotsatire Magazine.

Gargalo is also a regular collaborator with Cartoon Movement and he has participated in several exhibitions and festivals throughout Portugal. He has received various awards since 2005.