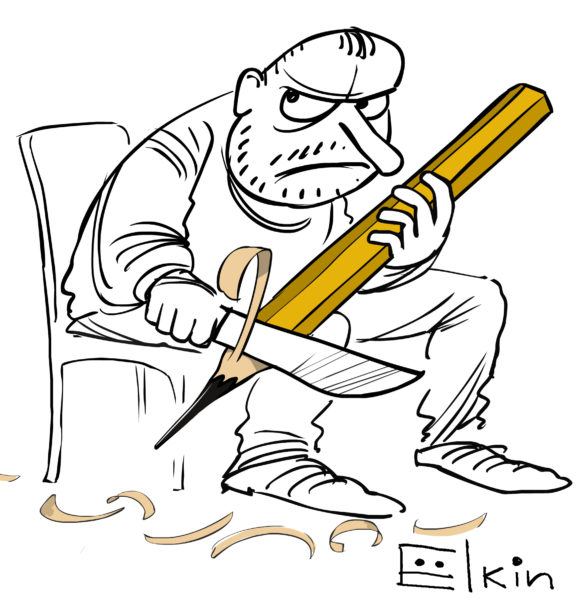 The Russian cartoonist Elkin was born in Vorkuta in 1962. Since 1999, he has been an opponent to the Russian government. Elkin had no intention of being a cartoonist. The Moscow artist first entered journalism in the 1990s as editor-in-chief of a newspaper in Voronezh. Elkin then tried his hand at cartooning.

He currently works as a freelancer in Moscow for various publications and collaborates in particular for the German newspaper DW (Deutsche Welle). He is a member of the Cartoon Movement platform.