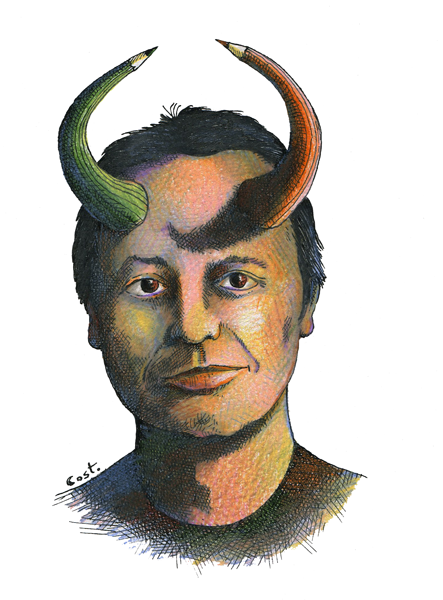 Sunnerberg Constantin (Cost.), was born in 1970 in Moscow (USSR). He now lives and works in Brussells, and he has been published in many national and international newspaper such as Le Soir, Courrier international, Espace de Libertés, Journal du Mardi, Le Vif-L’express, among others.

Cost. won 8 prizes for his editorial cartoons (4 World Press Cartoon and 4 Press Cartoon Belgium). He also received, over 6 years, about fifty International cartoon prizes in 19 different countries. Finally, Cost. has illustrated many books such as, Les fables de la Fontaine, Don Quichotte or, for exemple, a serie of books for the CEPS (Centre for European Policy Studies).