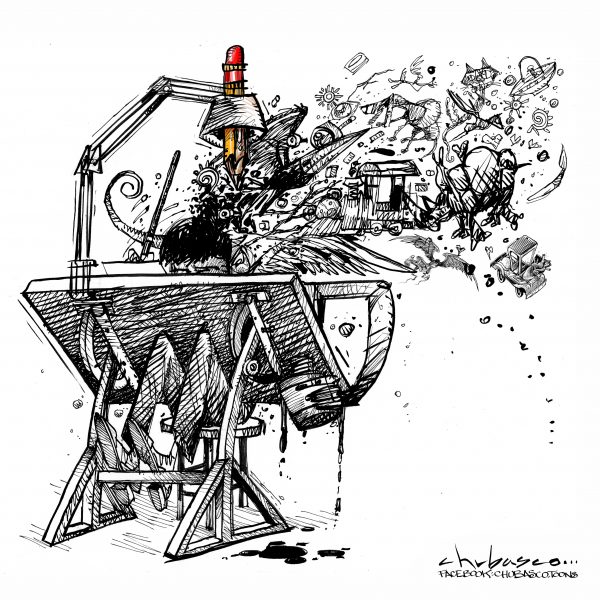 Chubasco (Víctor Emmanuel Vélez Becerra) was born in 1972 in México City. From the early age of 16 he began publishing professionally in El Universal, one of Mexico’s leading newspapers. Throughout his career he has also worked in major media such as The Economist, La Jornada and Reforma. In the latter he has published continuously since 1998. He has received more than 20 international awards.

Chubasco has also ventured into the process of organizing exhibitions of famous Mexican cartoonists such as Abel Quezada, Manuel Ahumada and Ernesto “El Chango” García Cabral. He has been also a judge at major events like the Biennial of Havana in April 2015.