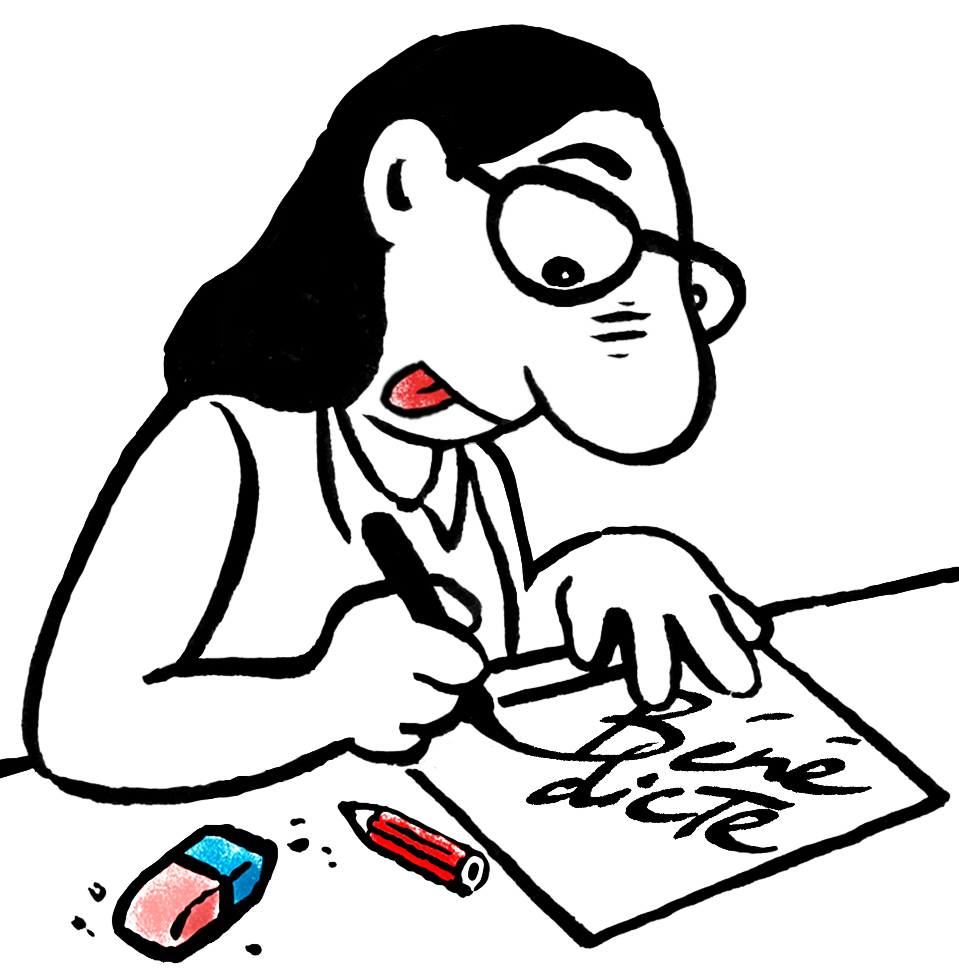 Born in Lausanne in 1972, Bénédicte did her first humorous cartoons at the age of fourteen, to illustrate brochures and conferences related to adolescence. After studying comics in Brussels, she returned to Switzerland where she did a series of small jobs in drawing and teaching. In 2010, the creation of the satirical weekly Vigousse, opens the doors of the press. She will then draw for various Swiss newspapers before being hired by the daily newspaper 24heures. She is regularly featured in the Courrier International.