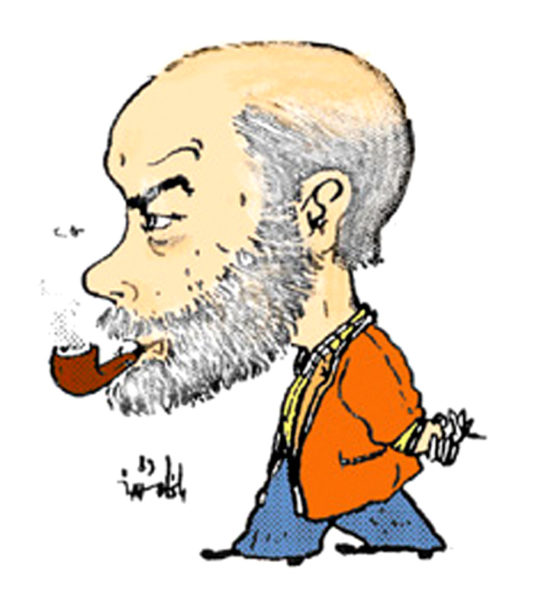 Painter, illustrator, caricaturist and scenographer since 1973, Belkhamsa has exhibited in several national and international galleries works of surrealist character and humor drawings. He has been a regular cartoonist in the newspaper La Presse de Tunisie since 1968, as well as in various other newspapers and magazines. He also illustrates children’s books and produces comic strips in the magazine Kaous Kouzah and in La Presse.

Poster designer and scenographer of many plays of the theater company of the city of Tunis, he also worked on Story-Boards of advertising films, street shows and festivals.

Belkhamsa has participated in several conferences-debates on the themes of freedom of expression and the “revolution” of January 2011.