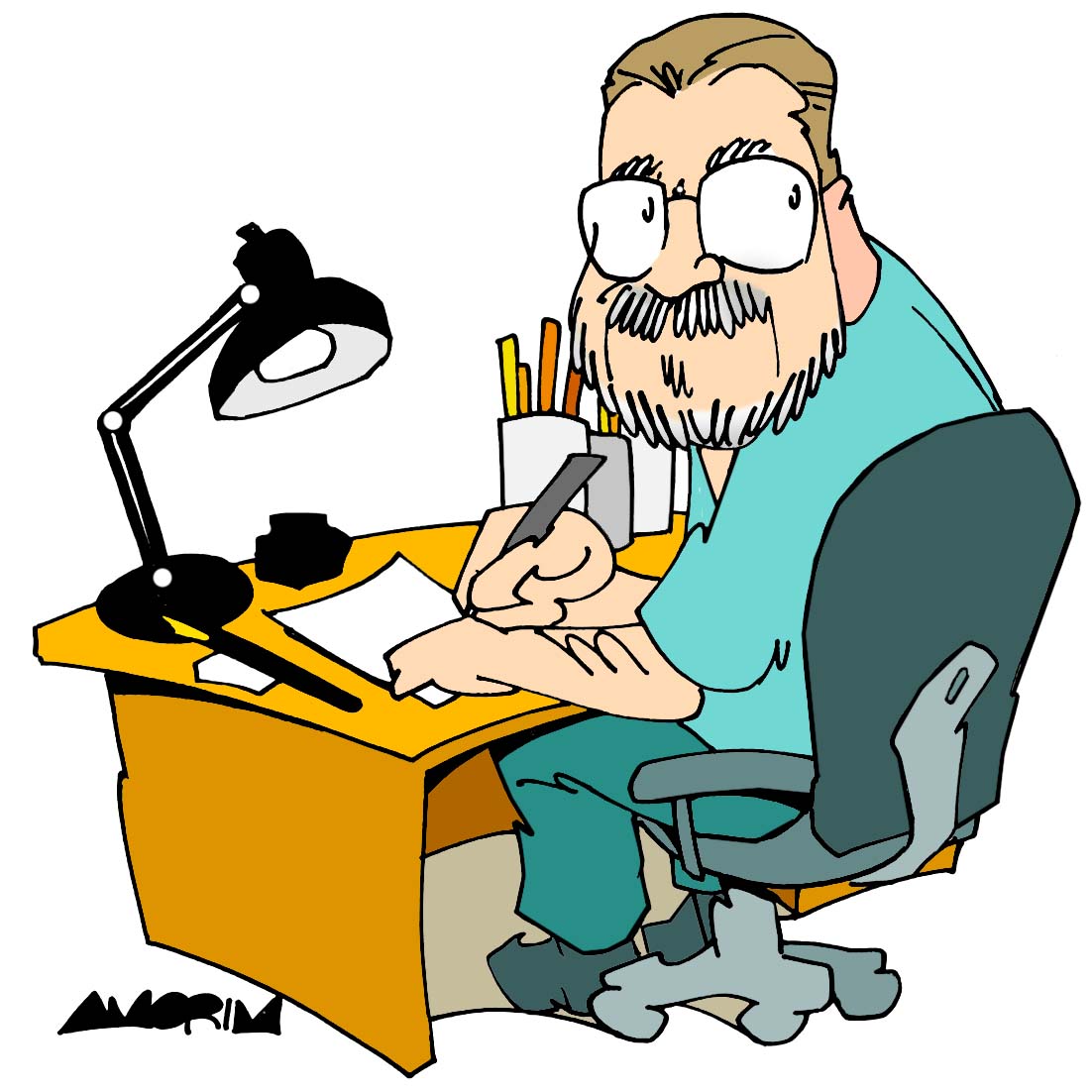 Carlos Alberto da Costa AMORIM was born in Rio de Janeiro, Brazil in 1964. He began publishing his works in 1984 with Pasquim, a humorous newspaper. Currently, his editorial cartoons and comic strips are published in many Brazilian newspapers and magazines. He has produced humorous texts (1994) and animations (2004) for the RedeGlobo television network and he is the author of a book of drawings called CanastraSuja (1991).
His work has been praised in numerous events and his work has been the subject of individual exhibitions at the Museu Nacional de BelasArtes/1999 (Rio de Janeiro-Brasil), Museu do Ingá/1993 (Niterói-Brasil).
He has illustrated many children’s books and has been teaching comics and cartoons since 1994 (Rio de Janeiro-Brazil).