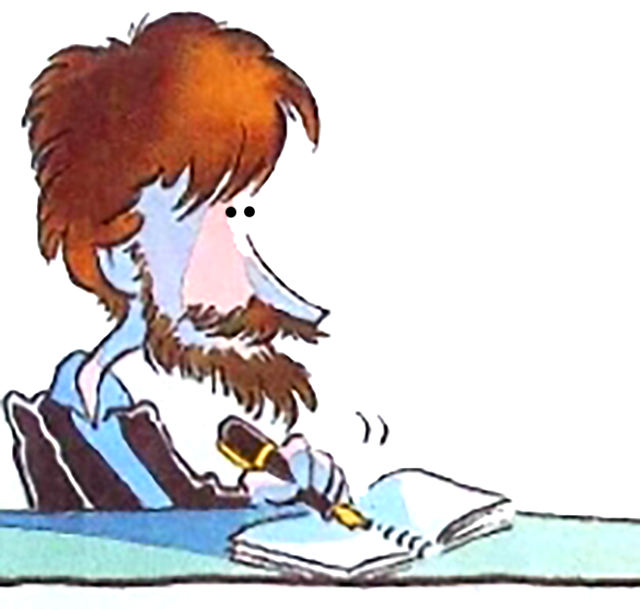 Wiaz began studying commercial art before ultimately turning to political caricatures. In 1968 he published his first drawings in Pop Music and Best. He has been working since 1972 for Le Nouvel Observateur and for La Provence since 2001; he has worked in conjunction with Nouvelles Littéraires and at Sciences et Avenir, La Croix and Libération. His political commitment is even more apparent when he draws for Rouge, the Revolutionary Communist League’s weekly review. His cartoons are extremely left-wing and he has published several thousand cartoons devoted to the French political class. He won the Grand Prix de l’humour vache 2001 (Caustic Humour Award) at the International Fair of cartoons and humour.