Cartooning for Peace / [CARTOONING FOR PEACE AND DEMOCRACY] Ivory Coast 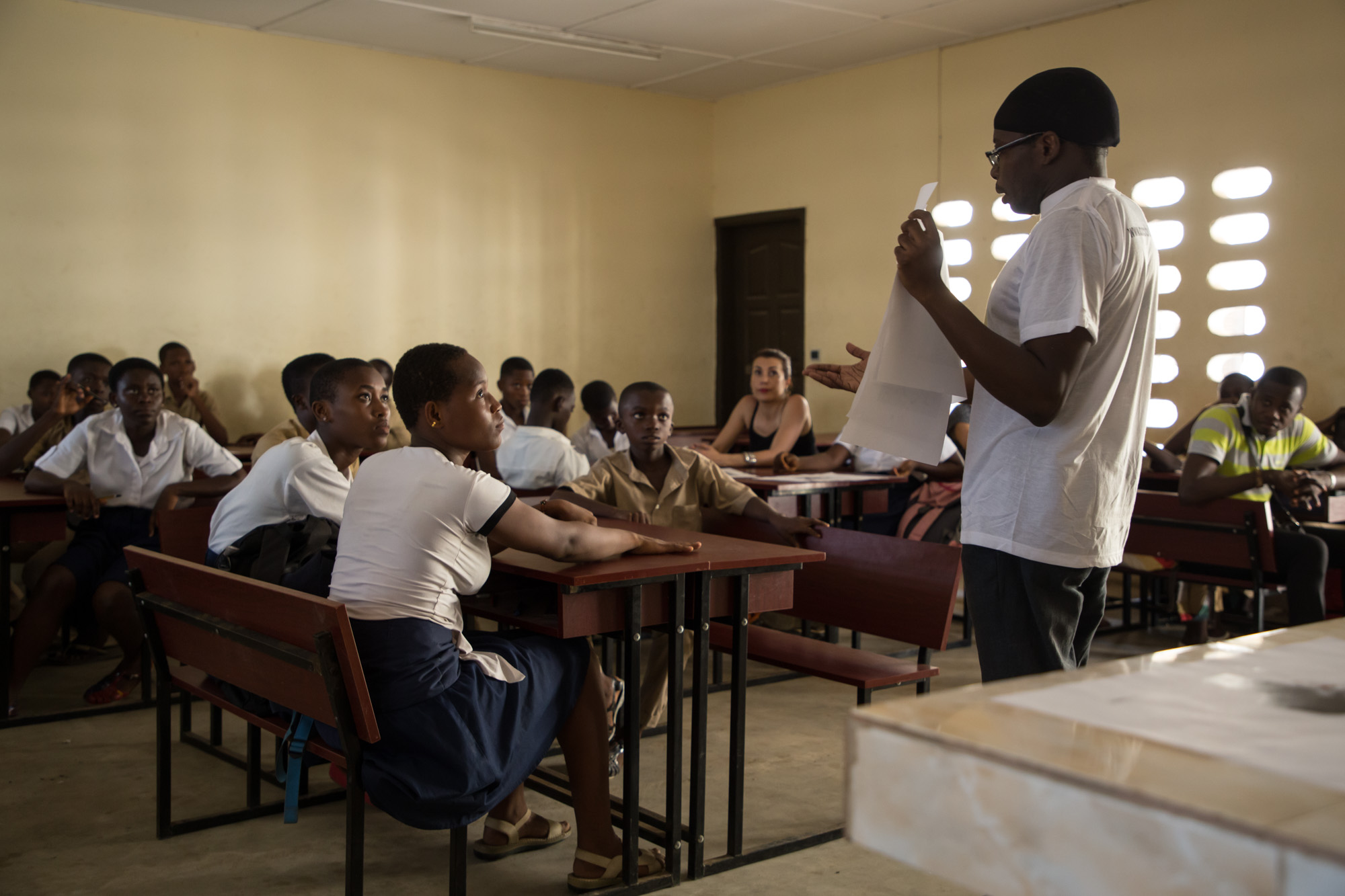 Despite the country’s insolent economic growth, the Ivorian population complains of increasing poverty. (Poverty rate of 50% in 2014) due to unemployment (50% among youth), lack of basic infrastructure (health, education, housing, energy), corruption and poor governance. This difficult social context has seen the emergence of dynamics of violence involving young people in urban areas.

The difficulties encountered by traditional socialization frameworks such as the family, the community and the school in particular, have led many young people to support themselves and assert themselves on the streets. Some have turned to organized gangs of (pre)adolescents and young people commonly called “microbes” that violently rob populations. These bands offer them prospects for socio-economic development, protection and the emotional framework they lack. This phenomenon is mainly concentrated in Abidjan in the popular communes of Abodo, Yopougon and Attécoubé.

Interpeace is an international organisation based in Geneva, Switzerland. For 23 years, it has accompanied populations and their authorities in the consolidation of long-term peace, strengthening local capacities for peaceful conflict management. It also assists the international community in its role of supporting global peacebuilding efforts. Present in Côte d’Ivoire since 2012, Interpeace works in close partnership with Indigo Côte d’Ivoire. This collaboration combines Interpeace’s methodological input and international experience with Indigo Côte d’Ivoire’s unique capacity to penetrate and involve Ivorian communities through inclusive and participatory dialogue.

Interpeace and Indigo Côte d’Ivoire have been working together since 2015 on the reintegration of young people known as “microbes”. Successful reintegration requires first of all a change in young people’s perception of themselves, as well as a change in the way they look at others, but also at society through the media in particular.

The objectives of the Association of Press Cartoonists of Côte d’Ivoire, Tâche d’Encre is to promote the professions of press and comic strip cartoonists and the artists who practise them; to foster the rapprochement of Ivorian artists among themselves, to weave exchange and working relations with artists from other countries ;to organize training seminars and specialization workshops ;to create expression platforms such as fairs, festivals, exhibitions ; to raise awareness, inform, educate and entertain through drawing. It is the association which is at the origin of the festival of the caricature and the press cartoon “Coco Bulles” of Grand Bassam of which Cartooning for Peace was partner in 2017.

Tâche d’Encre and Cartooning for Peace are joining forces with Interpeace and Indigo Côte d’Ivoire to contribute to the development of a better understanding of the phenomenon of adolescents and young people known as “microbes” by the Abidjanese populations, through the participatory creation and wide dissemination of press cartoons on the theme. The aim of the Programme Cartooning for Peace and Democracy in Ivory Coast, supported by the European Union, is both to encourage young people’s freedom of speech and to enable them, with the support of cartoonists, to transcribe their realities into cartoons and to influence the media coverage of the phenomenon through the dissemination of the media developed in the press, particularly on radio and social networks.

The Ivorian press cartoonists involved in the programme, Willy Zekid, Lassane Zohore, Jihel and Fletcho are trained in Indigo Côte d’Ivoire’s participatory animation techniques and run dialogue and facilitation workshops with young people alongside the educators. Press cartoons are used both as a catalyst to unlock young people’s voices and as a means of expressing their realities. At the end of this facilitation work, an image box will make it possible to continue the work within other groups and the realization of small animated films to engage an awareness campaign with the media and the general public on the phenomenon.

Discover the animations made after the workshops (in French):