Kak, new President of the association Cartooning for Peace 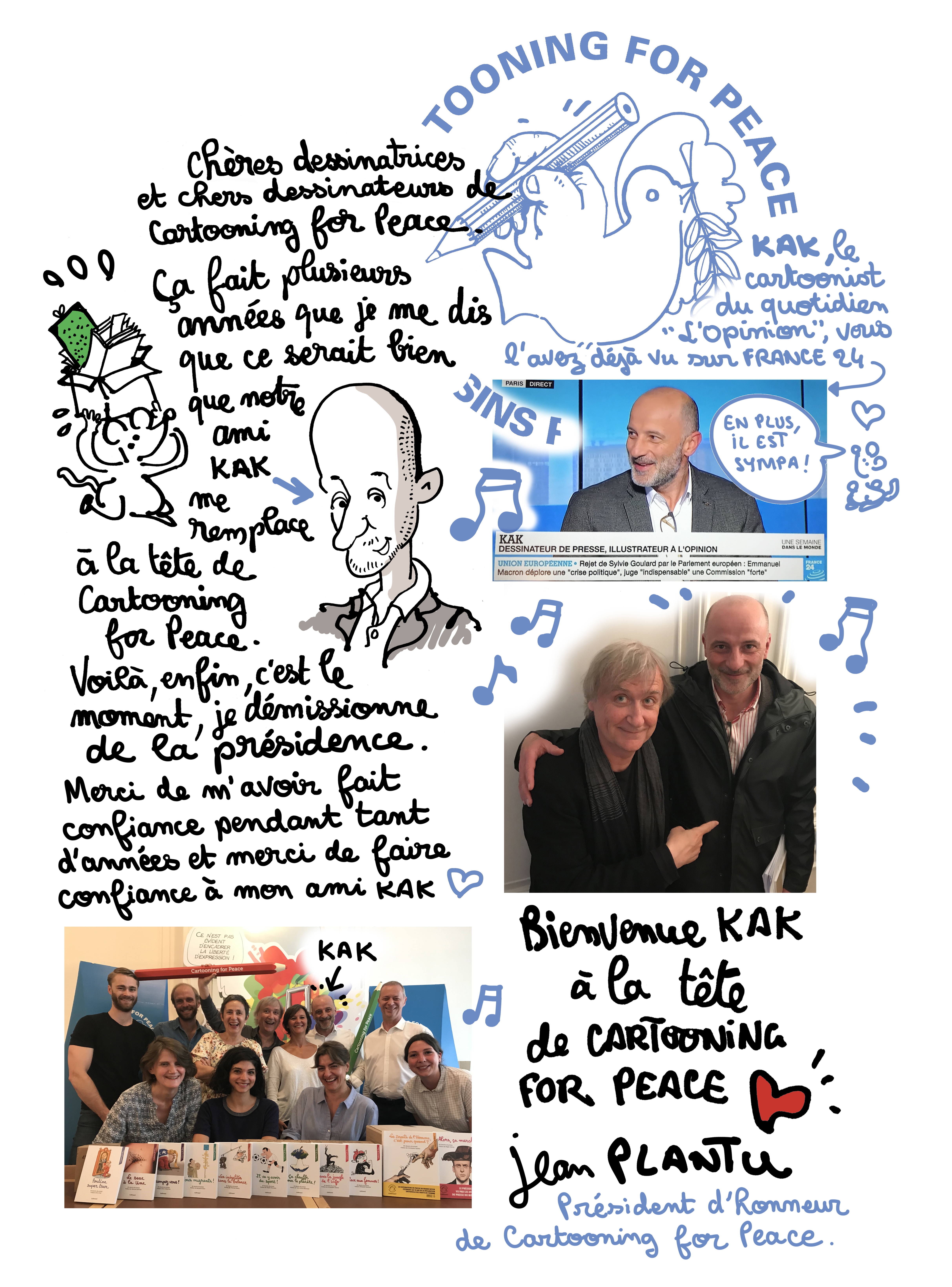 Paris, the 31th of October

For 20 years, Kak led a double life. During the day, he worked for the French and European cinema (Unifrance, Film France, European Promotion, EUFCN…), and then, at night, he caricatured clandestinely the latest news of his sector in the weekly magazine Le Film français under the alias of Kak, like a more relaxed Batman.

In early 2014, he became a full time cartoonist by joining the redaction of the daily newspaper L’Opinion, in order to illustrate current affairs. Now he has to have fun every day, like the Joker, but less scary. He also draws for with Le film français, l’Activité immobilière, and some private companies as well as doing book covers.