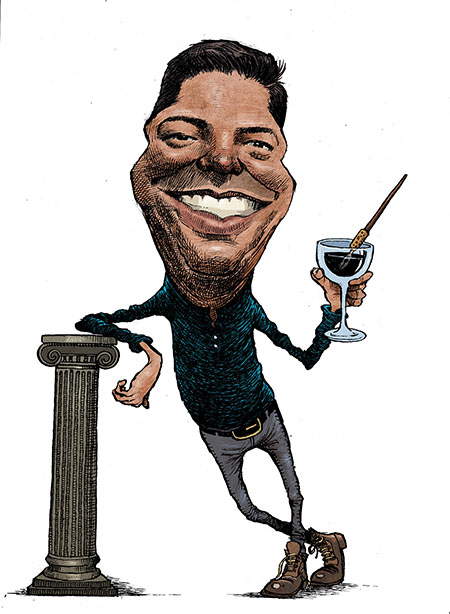 Darío Castillejos was born in Oaxaca City in Mexico in 1974. He draws cartoons for the newspaper El imparcial de Oaxaca, for the weekly El Chamuco and for the magazines Courrier International and Foreign Affairs Latinoamerica. He also collaborates with agencies such as CagleCartoons.com, CartonClub and Cartoon Movement. Currently, he is the president of CartonClub, the Latin-American cartoon club.

In 2011, he was awarded the Grand Award and the First Prize of the 38th International Humour Meeting in Piracicaba in Brasil. He also received an honor mention at the World Press Cartoon 2007 Sintra in Portugal, and at the Greekartoon 2006 in Greece.

In 2009, he was part of the project “Cartooning for Reconciliation”, organized by Parent’s Circle Forum, in order to promote peace between Israel and Palestine.