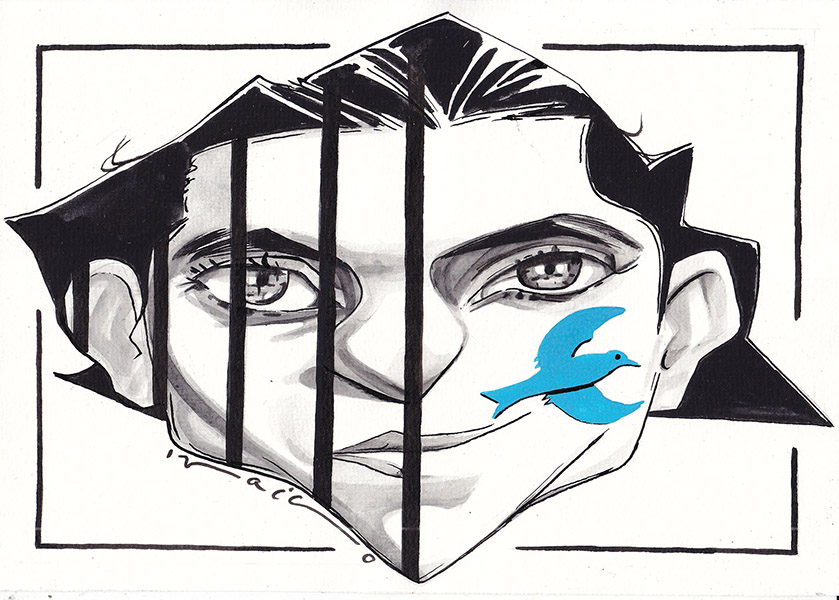 In January 2015, the young Saudi blogger Raif Badawi was sentenced to 1 000 lashes and 10 years of prison for apostasy.

Since January 2015, lots of cartoonists mobilized themselves to expose and raise awareness to the Raif Badawi’s cause. In addition to the 20 cartoons realized during the Sakharov Prize ceremony, you can find below a selection of cartoons published by CFP cartoonists.