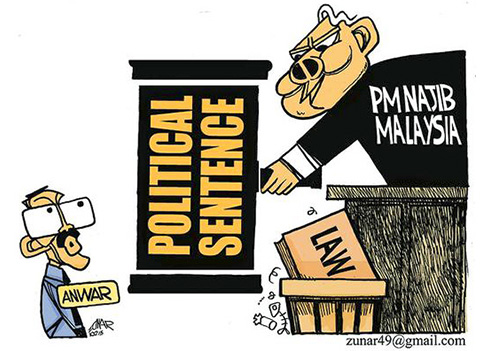 Malaysian Cartoonist Zunar was taking in questioning by police on February 11 because of 9 tweets criticizing government and a cartoon in support of political opponent Anwar Ibrahim.

Zunar is now facing 43 years in prison on nine charges of sedition : his case will begin on May, 20.

“Over the past months, Malaysian authorities have intensified their use of the Sedition Act, a colonial-era law that criminalizes criticism of the government, to target peaceful dissidents”, according to Amnesty International.