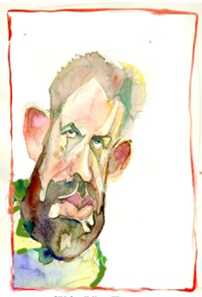 Riber is a Swedish artist, cartoonist and illustrator. His work is published in Swedish newspapers includingSydsvenskan and Svenska Dagbladetand in international newspapers like Le Monde, Los Angeles Times andCourrier International.