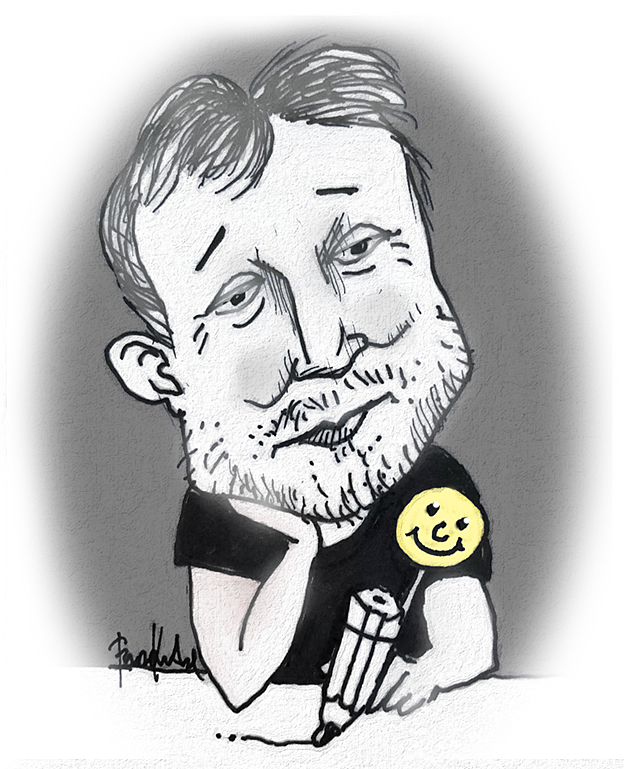 Of Turkish origin, Firuz Kutal studied in Norway as a graphic designer and illustrator. He has been a freelance artist since 1990. His drawings are published in several Turkish, Norwegian and Greek newspapers such as Ny Tid, Klassekampen, Dagbladet, Forfatteren, Birgun, Seruven, Lacivert and Ozne, Independent Media Center, Comedy Corner, Amnesty Magasinet etc.

He has received honourable mentions all over the world and in December 2009 he won one of the United Nations Ranan Lurie POLITICAL CARTOON Awards for ” Citation for Excellence ”. He won first prize at the Fax for Peace competition in Venice, Italy. Recently, he won the Bronze Award at the HumoDEVA 2018 competition.

He is a regular cartoonist for the news portal Vart Oslo and the newspaper Utrop in Norway and also produces cartoons and magazine covers for the Turkish media.

He is a member of the Federation of Cartoonist Organizations in Norway, Don Quixote Cartoon Committee, Cartoon Movement, United Sketches and Norwegian PEN.