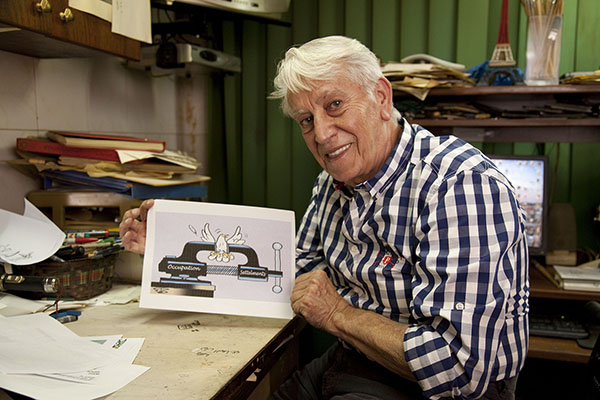 We have just heard with deep sadness that the great Palestinian press cartoonist Baha Boukhari passed away.

He was Plantu and Cartooning for Peace’s long-time friend  and he supported Cartooning for Peace from the start in October 2006 at the United Nations Headquarters with Plantu and Kofi Annan. Baha Boukhari was an incredible artist and a strong supporter of peace in the Middle East and freedom of expression. We will deeply miss him.

In February 2015, Baha Boukhari agreed to come and debate with his cartoonists friends from Israel and Palestine at the Consulat de France in Jerusalem, as he used to do. Today, Kichka wrote a beautiful and strong tribute to his friend (link – in French). 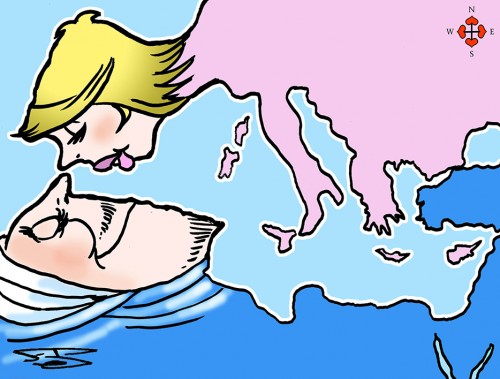 Draw me the Mediterranean : since a long time, Baha Boukhari’s cartoon about Mediterranean was planed to be the main illustration for next Cartooning for Peace exhibition and meeting in Marseilles (on November 10). Baha Boukhari was also one of the 12 foot-soldiers of Democracy in Stéphanie Valloatto’s movie: “Cartoonists – Footsoldiers of Democracy”.

Baha Boukhari was the pride of Palestine, his country.