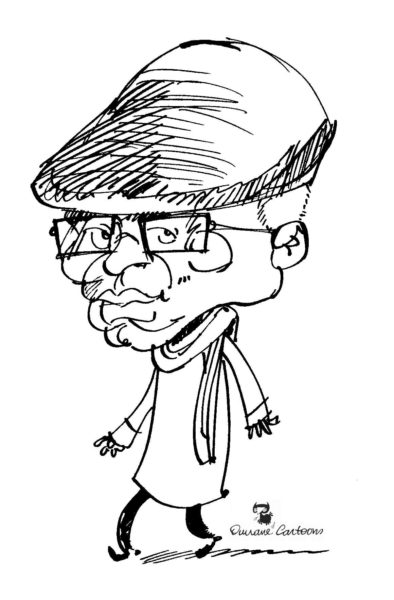 Being a political cartoonist, Tawfiq Omrane (alias Omrane-Cartoons) became known from the 1980s onwards through his press cartoons published in the free press (Le Phare, Almostaqbel, Alwehda, Arraï...), before retiring under the Ben Ali regime to work as a graphic designer.

His owl, Minerva’s cousin, did resume her flight at the end of the dictatorship on the evening of January 14, 2011, working with the newspapers Sawt Echaâb, Aljomhourya, the websites Radio Kalima, Radio Express Fm (Tunisia) as well as the newspaper CQFD and the website The Dissident (France).